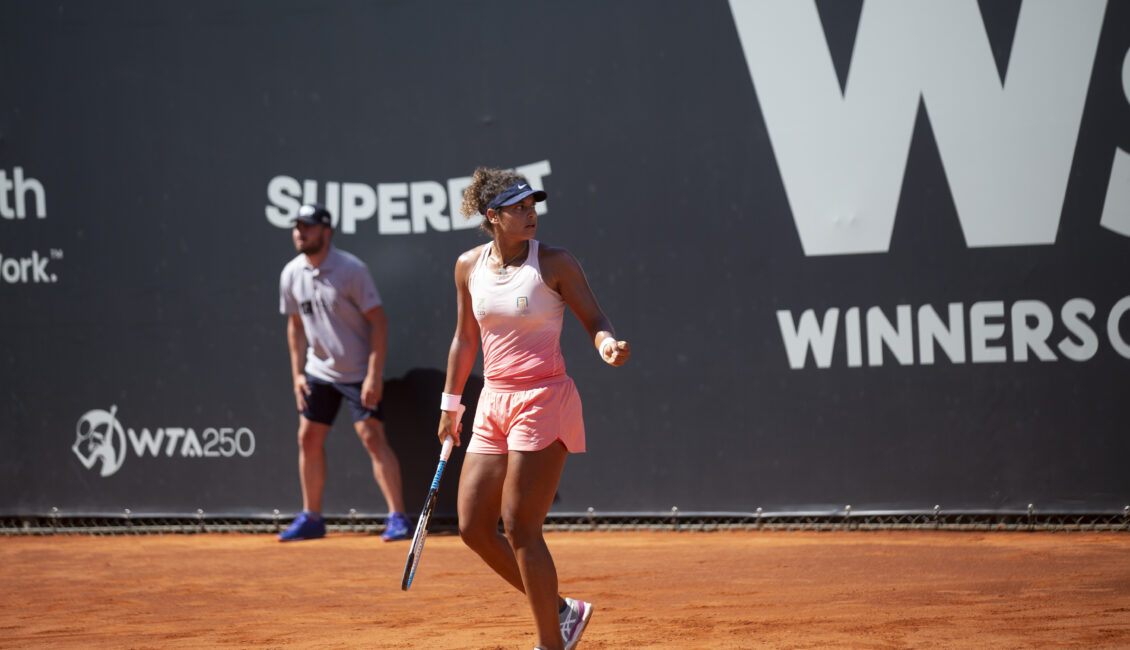 Mayar Sherif defeated Mihaela Buzărnescu in the Winners Open semifinals, 7-6, 6-4, for the first time in her career. That`s just another milestone for the Egyptian player, the first in her country to play a WTA final.

That means Mihaela Buzărnescu`s run at Cluj ends after a good week in which she had her own breakthroughs, making a WTA semifinal comeback for the first time in the last three years. This will result in a 20 place jump in the WTA rankings, taking her close to the #150 spot.

As expected, it was an intense, well-balanced, and spectacular semifinal. That was expected considering that we saw two in-shape players, with different styles of play. Mayar was more focused and sharp, and that made the difference for her. She knew when and how to convert opportunities, an ability that helped her win the game.

In the first set, Mihaela`s tactic was to make Sherif play out of defense, far from the baseline, with hard and early hits. Usually, this works out for Mihaela, but Sherif made everything more difficult. To better understand how good Mayar plays on defense, just consider the first point played at 3-1 in the first set, where Mihaela needed five hard hits and two smashes to win the point.

Of course, such an aggressive and fast style of play comes with great risks, but when you play against someone who`s so snappy, plays good defense, attacks with every occasion, and has variation in her game, it`s worth the risk. Mihaela took the challenge and tried to impose her will, something that for a brief moment worked. But after she had an opportunity to close the set at 6-5 and missed, everything changed fast.

With Sherif playing probably her best tennis so far, it would have been crucial for Mihaela to break Mayar`s will early. It takes a lot of confidence to close points on clay using just two or three shots, especially against a player such as Mayar who can perform like a wall.

That is why, when Mihaela missed her opportunity to close the set, her spirit vanished, and her aggressive style of play was substituted with a less precise and risky game.

After Mihaela yielded two games and found herself led by 3-1, she finally realized that the backhand shot is Mayar`s weak spot, therefor she redirected all her serves and attacks on that side. She also understood that Sherif is more dangerous when she is allowed to play the angles and the cross, so she started playing hard on the center of the court before attacking down the line. She also noticed that Sherif loses composure when she is under heavy pressure and has little time to prepare her shots.

Despite everything, a tennis match it`s not all about tactics, game plans, and spectacular hits. Most of the time, attitude can win games for you, especially the big ones. In this regard, Sherif was remarkable today and the whole week in general: she took little to no interest in Mihaela`s consecutive winners, her comeback from 1-3 to 4-3, or the set point she had at 6-5. She went past these moments with a serene attitude, always looking to play the next point and send a message of strength to her opponent. This is how she managed to stay close to Buzărnescu at 4-5 and 5-6, to save a set point and eventually win the set in a tiebreak where she raised her level.

That play was the turning point of this match. Until then, Mihaela stood her ground, but everything changed and Sherif took control of the match. Miki had a strong comeback late in the second set and turned a 0-4 into a 4-4, but Sherif turned the defense back on and forced Mihaela to make errors.

For her first WTA title, Mayar Sherif will play against either Aleksandra Krunic or Andrea Petkovic. She never played against Petkovic but has a win against Krunic, 6-1, 6-2 in AO`s qualifiers.