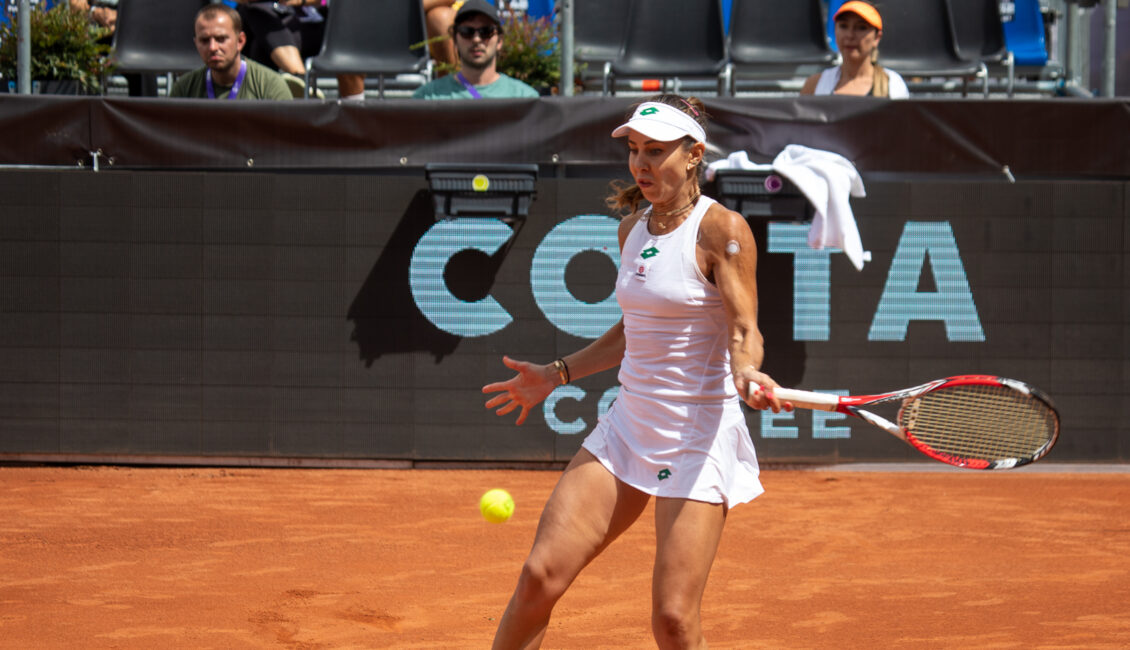 What a moment for Mihaela Buzărnescu! After three tough years, she is back in a WTA event semifinal and doing this at Winners Open, in Cluj, everything is even sweater.

In today`s second game on the Central Court, Mihaela defeated Kristyna Pliskova, 7-5, 6-3, after another match where she hit and moved excellent. Today`s success is just another confirmation of her comeback: for the first time since September 2019 (Hiroshima, WTA 250), Miki wins three games in a row on the main draw of a WTA tournament. After qualifying in the semifinals, Buzărnescu will be back in the Top 150 WTA.

This is her new personal best, after coming back from a shoulder injury she suffered at the end of 2019. After she had surgery, Mihaela took a one-year break from tennis and had a complicated return on the court. But that`s all gone, and Mihaela can once again smile: she`s about to reach her best level of play, she`s in great shame, and important wins are piling up. And it`s even better considering that everything`s happening at home, in front of her fans.

The match against Kristyna Pliskova, a great all-around player regardless of the surface, was a great one for Miki and evenhanded only at times. Miki played as everything is up to her and showed that she knows how to play Kristyna`s week spots, after defeating her in Prague, in 2018.

Pliskova tried to stay close to Mihaela and fought to create chances, but she soon realized that Mihaela`s style of play can`t fit hers. Mihaela reacted fast and strong, and rarely Pliskova was allowed to play according to her plan. She couldn`t hit from her hot areas and she never had the time to build a proper strategy in the play. Moreover, Mihaela managed to change directions of attack, which made it even more complicated for Kristyna, who was then forced to hit while moving, stretch, move all over the place or defend more than she wanted.

Pliskova was out of her comfort zone most of the time and the game was played under Mihaela`s terms. This was the perfect example of a bad match-up for Pliskova. Mihaela`s blitz-tennis canceled Pliskova`s resources who, usually, win points using her strength. Besides her serve, which kept her in the game, nothing else worked for Pliskova against Mihaela.

In addition to her safe and sound style of play, Buzărnescu mixed everything with slices, even on return points. For such a tall player as Pliskova, low slices are a complete nightmare.

Despite everything, the match wasn`t just a walk in the park. Kristyna sent the first set in overtime, using an ace to save a set point at 5-4. At 6-5 though, Pliskovalost her first serve advantage, and this had an immediate impact: Mihaela played freely and moved Pliskova on the court until had the opportunity to attack and win the set.

The second set was a different story and was at Mihaela`s discretion, with the Romanian reading more into Kristyna’s serve. Without this weapon, Pliskova was dominated and lost ground fastly.

For a new WTA Finals, Mihaela will have to defeat Mayar Sherif, who went past Kristina Kucova, seeded #8. Mihaela never played Mayar Sherif before in her career.