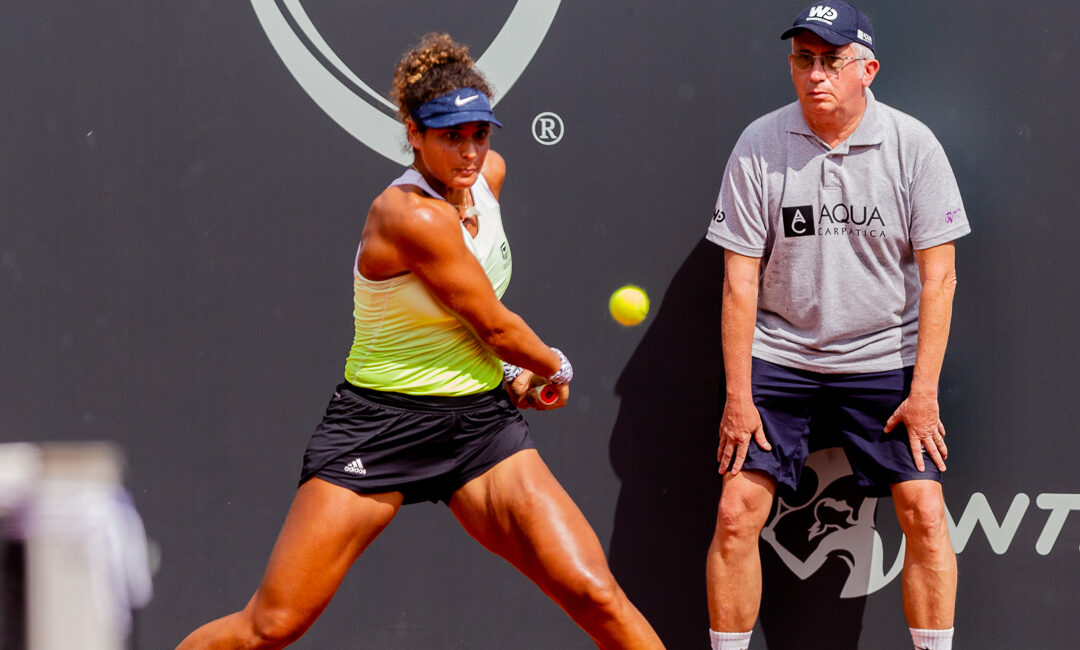 An easy win (6-3, 6-1) against Kristina Kucova (seeded #8) took Mayar Sherif to her first career semifinal. It`s her personal best, and a continuation in terms of “first times” for Egypt: she is the first Egyptian to reach this stage in a WTA event.

She arrived in Cluj after participating in the Olympics, where she lost in the first round against Rebecca Peterson. In the meantime, și played finals at Montpelier (ITF, 60k), and quarterfinals at Bastad (WTA 125). At Winners Open she continued the good streak and achieved milestones after milestones: winning against Alize Cornet was one of her biggest achievements, then she reached the quarter-finals for the first time in a WTA event and now went even further.

Defeating the #8 seed Kristina Kucova, who yesterday played a 3 hours match against Irina Bara, means that Andrea Petkovic is the only favorite left on the singles main draw.

Against Kristina Kucova, Sherif was dominant on every level, proving one more time how much she likes playing on clay, a surface that matches so well her playing style. Sherif is one of the players capable of ending a point in a variety of forms: she plays well on defense, can successfully mix things up, plays the drop-shot game, but can also be aggressive and decisive on the baseline.

Her forehand is a dangerous weapon, and today she used it at full strength. Every shot was almost a winner regardless of her position and she consistently managed to open the court using her forehand, exposing her opponent’s flaws in terms of moving on the court.

For another milestone reached – a WTA Finals- Mayar Sherif will play against either Kristyna Pliskova or Mihaela Buzărnescu. Sherif never played any of the two.