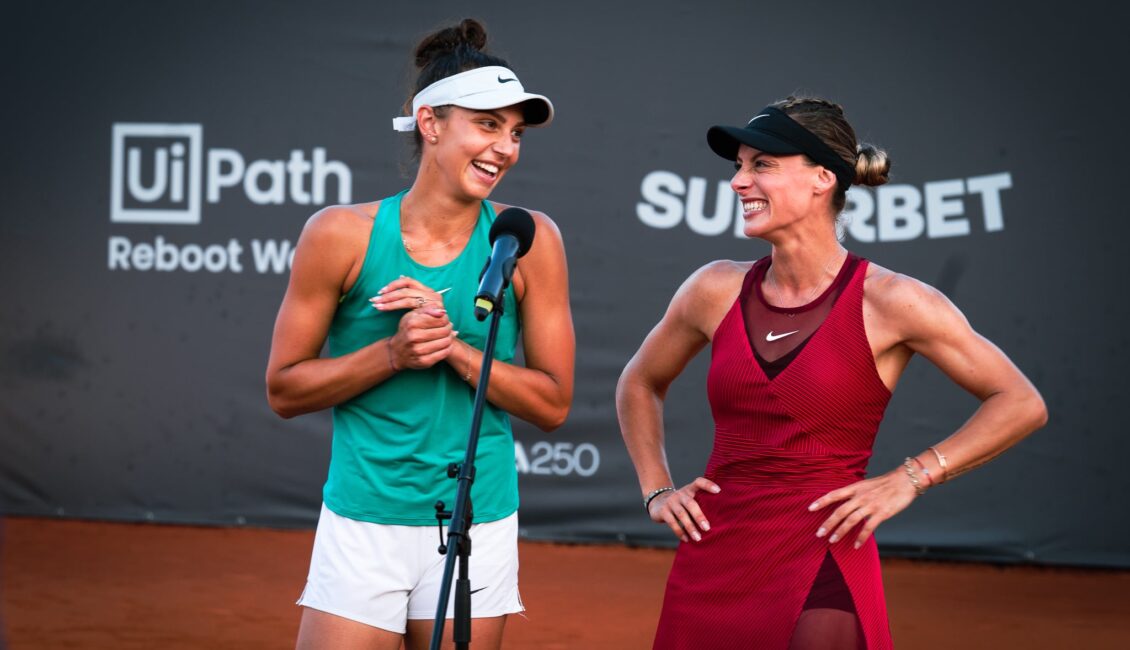 The last game of the 4th day at Winner Open was a heart-crusher until the last second. In a very tight match, Ana Bogdan and Jaqueline Cristian defeated Mihaela Buzărnescu and Irina Bara in the first round, after 6-7, 6-2, 11-9.

Ana and Jaqueline qualify in the quarterfinals of the doubles main draw after a strong comeback in the second set, where the team raised its playing level and convert three break opportunities. It all went down to a super-tiebreak where, after two mini-breaks, Mihaela and Irina had 7-3 and looked like they could win.

“The last points were really intense. After 8-5, I didn`t even care about the score, I just wanted to return the ball, limit the errors, and have no pressure. We just fought until the end”, Ana Bogdan said after the game.

Jaqueline had some more insight into the situation: Fighting until the end was the key of the match in my opinion because they are tough opponents. It was hard but the victory is sweet. In the tiebreak, right at the end, we were somehow more focused and we want it more. It was a game of ups and downs, we were both lucky playing the lines, and in the second set, the game got pretty tight. That`s why the tiebreak was so intense”.

Raising their level of play was the key for Ana and Jaq, but they still had to erase two match points, at 7-9. They escaped in style and had they’re saying at 10-9.

It ended with what might be the play of the tournament, an intense play, lived on the edge.

“It was a great point, I had a front seat for that because Jaq was at the net and I was trying to cover the entire court and return everything”, Ana said.

“I was so focused, I was ready to dive for any ball”, Jaqueline said.

Ana and Jaq will continue their doubles adventure on Thursday, on Central Court, against Panova/ Wachaczyk.