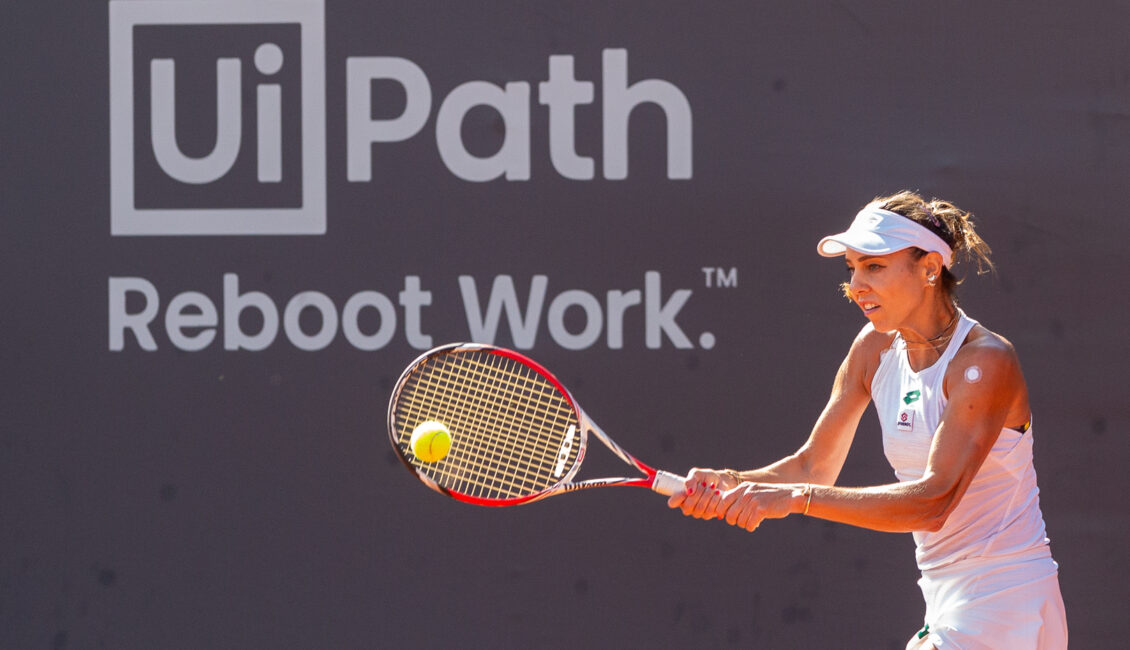 Mihaela Buzărnescu is here to stay! Or at least that`s the general feeling you could have after a speedy 6-2, 6-3 against Viktoriya Tomova (Bulgaria).

It was a spectacular encounter, but also one that Mihaela dominated from start to finish. With very aggressive tennis, Miki managed lots of winners- much more appreciated by the supporting crowd that chose to spend their day at the Center Court, watching the other six Romanian players set to enter the stage.

“I`m really happy to play in my own country, I want to thank Patrick (Ciorcilă, tournament`s director) for setting up this beautiful event. Also, I`m really glad that we can play with fans in the stands. Is not always easy, they are a special kind of pressure for us, but it`s nice to have them with us”, Mihaela said at the on-court interview.

It wasn`t easy at all for her to arrive in Cluj straight out of Tokyo: “Changing the time zone is important, changing the surface too, but I`m glad that I was able to make a good switch; I am happy that I was able to play in the Olympics, it was an amazing experience, I won a game there and I lost against the player that reached the Finals…”.

Indeed, Mihaela showed great energy right at the gates, when she managed two quick breaks, jumped at 5-0, and closed the first set at 6-2, after no more than 30 minutes of play.

Miki was the one to start strong in the second set too. Verry aggressive on return she was able to be at the helm of every point most of the time, she kept her opponent on the move and more than once closed the game with a winner down-the-line, either via backhand or forehand. That`s even more impressive because Tomova is a player with great movement on the court.

Her defensive drive kept the Bulgarian player in the second set before Mihaela took a decisive break for 5-3. A few moments later she closed the game and acknowledged the support of the fans.

Mihaela is not among the seeded players at the Winners Open, but she is still among the favorites. Actually, Miki, recently returned from Tokyo happy to have been able to participate in the Olympics, looks like she can continue her comeback in Cluj: she reached the semifinals at Bastad a few weekes ago, played well at RG and Wimbledon, where she lost against Serena and Venus Williams.

If Miki continues to play as exact as she did today, we might be able to see her in the higher-rounds of the tournament. She will play in the second round agains Lara Arruabarrena.