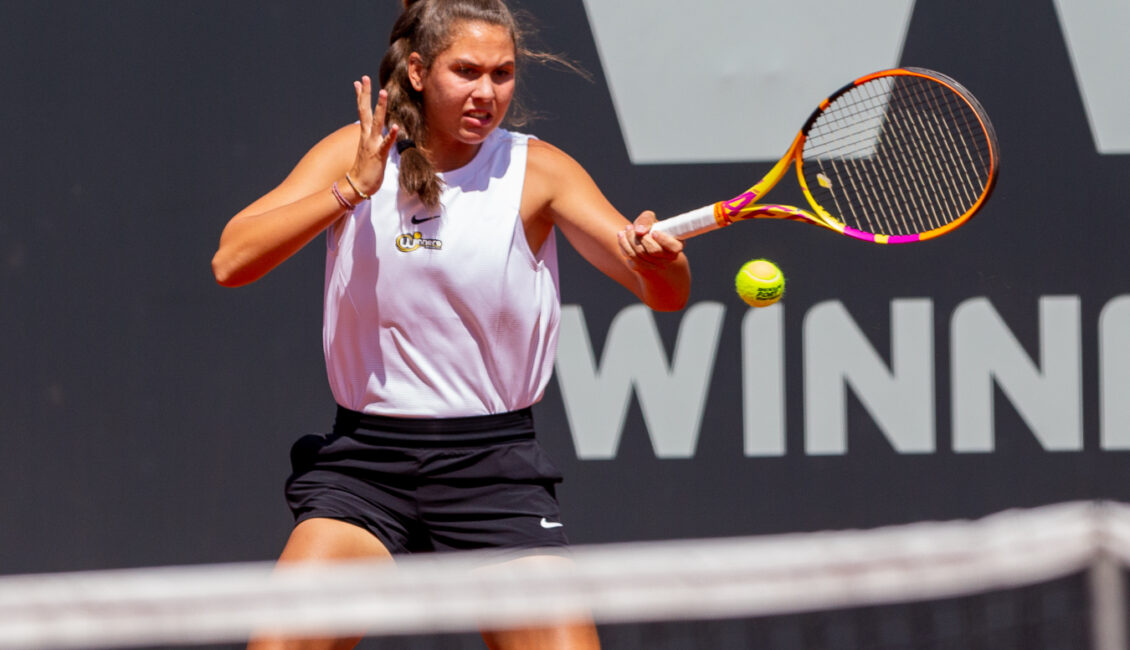 Katarzyna Kawa ranked #182 WTA, defeated 6-2, 6-1 Briana Szabo, the young Romanian prospect aged 15 who just had her WTA debut at the tennis club where she trains. Briana`s adventure ends in the first round, but surely she gained experience that will prove helpful in the future.

Today`s game was taken by the more experienced player. Kawa is a well-known face in the WTA picture, and at some point in her career, she almost reached the Top 100. Details such as experience, routine, being comfortable at this level proved to be important especially in the key moments of the game, and eventually made the difference.

Briana Szabo owns some beautiful shots, she can increase the speed of the play on both sides and she looks like she has a good idea of how to approach her game. It`s no surprise that her level of play has not yet reached the level she and her team hopes for, but this was only her debut, and father time is on her side.

Especially because she poses many qualities. Even considering today`s context, she managed to take control of the baseline on more than one occasion, due to her aggressive style which she prefers. She won important points, she imposed her will using the forehand, but when she had to also perform on defense, counter-punch, and find solutions for the opponent`s savvy tennis she found herself surprised by the speed of the game. It`s the kind of speed she will get accustomed to in the future, as she will play more and more against high-quality players.

Despite de loss, Briana checks an experience she will most certainly never forget. That`s a big win for a player that`s just starting her career and has lots of information to gather. That might be the only way to find what`s to improve in the future, how to deal with further challenges, and also where she finds herself level-wise against a Top 200 player.

Katarzyna Kawa will play next against either Kristyna Pliskova or Martina Trevisan.